an office compendium of methods and tools

an office
An attempt to describe and reflect on the methods and tools that we tried out with our trajectory as an office, by some referred to as a collective and by others as a group 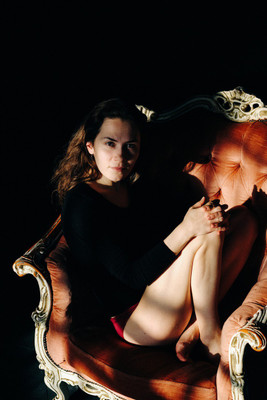 Daniil Lebedev
An interactive history of a world, featuring a Canadian writer, several chatbots, and me.
radio.syg.ma

Why Patriotic Games do not Depend on Ideology

syg.ma team
Maria Gavrilova on the of military-patriotic education in Russian schools
Art

Karen Karnak
About his method of artwork creation, philosophy and his attitude to contemporary art
Art

TO CATCH THE IMAGE

Eleonor Zharenova
This is his feature of creativity — Alexander Remizov is an artist in architectural projects, and he is an architect in picturesque tablets
Art

Victoria Popova: Fashion Design as a symbiosis of imagination and constructivism

Line and spot in the works of Albertina Zullo

George Morieli
Anonymization of elites and new normality, world favela and criminal vertical, UBI and state plan, AI and occultism, supercomputer on the Moon and immortality, posthuman and homo melius
Philosophy and Humanities

Arthur Michaud
How to determine your essence when you live in several linguistic realities? How does it affects your perception and why is that so important to understand who you are?
media resistance group

Artist with a capital Letter

Marianna Sigsworth. Culture, art and fashion writer.
Marianna Sigsworth is telling us about Tanya Dunaeva, the Artist for whom the “Letter” is much more that the tool for speaking and writing. She opens us her own style in Experimental Typography.
Art

FINDING THE INTEGRITY OF CREATIVITY AND THE WORLD