“We used to go on protests?!”: What changed about the grassroots feminist activism in Ukraine after Russia’s invasion?

syg.ma team
From street protests to humanitarian aid: do grassroots activists get enough visibility during the full-scale invasion? Is the conservative turn to be expected and how do we prevent it?

How Russian Teenagers Get Engaged in Politics

syg.ma team
Svetlana Erpyleva on how political maturity is forged in modern Russia 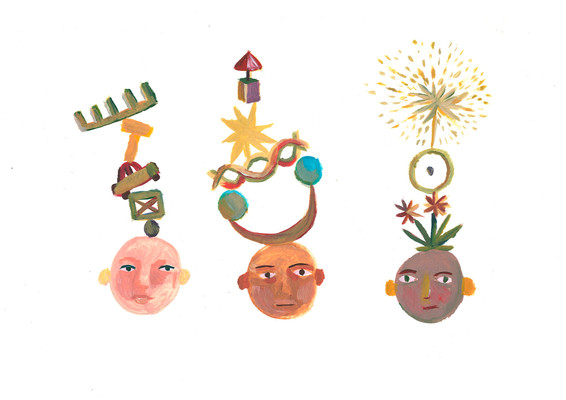 ‘Do you think that there are no periods at the battlefront? ’: Ukrainian stand-up comedians talk about war, feminism and women’s perspective in comedy

syg.ma team
Where should we search for feminist activism in stand-up comedy? And how does it feel to fight at the cultural battlefront under shellings?
Self-Organization

syg.ma team
About Berlin based project that creates a shared space of collectivity through communal cooking
Society and Politics

syg.ma team
Why can’t we transform all the knowledge about the ongoing crisis into a real action?
Art

Dmitry Vilensky 🔥2
This text is a public address to artist Nikita Kadan who decided to withdraw from the panel: Artists in Times of Emergency, Chaired by Ronen Eidelman. 16.09.2022
Arts of the Working Class

syg.ma team
Why is participation in municipal elections especially important in the face of increasing political repression?
Feminists About the War

Istanbul convention, war for freedom and why it’s not the time for pacifism?

syg.ma team
An informal conversation between Ukrainian feminists about the war in Ukraine and the future of feminism
Philosophy and Humanities

syg.ma team 🔥
On superstition, Enlightenment, infection and feminism by Oxana Timofeeva
Feminists About the War

“I can’t delay my activism”: feminists about the war

syg.ma team
An informal conversation between Ukrainian feminists about the ways the war affected their life and activism
Posle.Media

syg.ma team
An interview with Marxist political philosopher and former advisor to the Prime Minister of the Republic of Kosovo about parallels between the war in Ukraine and conflicts in the former Yugoslavia
ЛГБТК+ на Северном Кавказе

LGBTQ+ in the North Caucasus: changes

syg.ma team
On the Antifa movement in Russia, Ukraine and US, its fates and fortunes, and how to contend with the right-wing turn we face today
Load more
Cinema,
Music,
Books,
Art,
Psychology,
Philosophy,
Society,
Poetry,
Prose,
Theatre,
Architecture,
Technology,
Notes,
Self-organization,
F-writing