syg.ma team
Why can’t we transform all the knowledge about the ongoing crisis into a real action?

Dmitry Vilensky 🔥2
This text is a public address to artist Nikita Kadan who decided to withdraw from the panel: Artists in Times of Emergency, Chaired by Ronen Eidelman. 16.09.2022 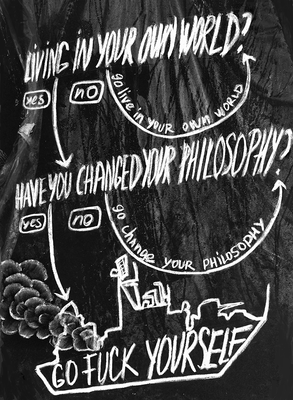 Arts of the Working Class

Istanbul convention, war for freedom and why it’s not the time for pacifism?

syg.ma team
An informal conversation between Ukrainian feminists about the war in Ukraine and the future of feminism
Philosophy and Humanities

syg.ma team 🔥
On superstition, Enlightenment, infection and feminism by Oxana Timofeeva
Feminists About the War

“I can’t delay my activism”: feminists about the war

syg.ma team
An informal conversation between Ukrainian feminists about the ways the war affected their life and activism
Posle.Media

syg.ma team
An interview with Marxist political philosopher and former advisor to the Prime Minister of the Republic of Kosovo about parallels between the war in Ukraine and conflicts in the former Yugoslavia
ЛГБТК+ на Северном Кавказе

LGBTQ+ in the North Caucasus: changes

syg.ma team
On the Antifa movement in Russia, Ukraine and US, its fates and fortunes, and how to contend with the right-wing turn we face today
media resistance group

what we need to say….

Dmitry Vilensky
Who are we in the new geographical composition of bodies? Where are we now? Where do we speak from and to whom do we address in a new situation in Russia?
Society and Politics

A Short Note on Governmentality and New Media, Based on the Russian Case Study

Denis Turunov
A short note on Foucault’s concept in the realities of new forms of media
Posle.Media

syg.ma team
Political theorist Ilya Budraitskis analyzes the genealogy of the key elements of Putin’s official ideology, which served to justify the military invasion in Ukraine
Philosophy and Humanities

The Role of the Past in “Interface”: Nostalgia in the Discourse of Cultural Change

Denis Turunov
An examination of the phenomenon of nostalgia on the example of the Internet cartoon “Interface”
syg.ma in English

syg.ma team1
We want to provide our authors a platform for analysing what happened and finding language to comprehend the new reality
Announcements